Quite awhile back, I decided I needed to take a concept that I had done a year and a half ago and do something a tad more detailed with it. The potential for it was much greater than what I initially achieved. This concept was called Heartstrings.

The intent behind Heartstrings originally was the physical demonstration of how you can affect another person with just the simplest of actions. Things you say or do can tug on someone’s heartstrings – in a good way, a bad way, whether you meant for it to happen or not. We as a society take very little time to think about the weight of our actions against others.

I realized that while I still love this idea, that I really just barely scraped the surface of the potential of the concept of Heartstrings. I started to brainstorm ideas of how I could visually demonstrate how “tugging” on particular heartstrings can affect you. Romance, grief, or anxiety, joy, anger… there’s so many places I could take this as a series.

In a group that I’m the head admin for, a model posted that she wanted to take the idea of mental illness and turn it into a shoot idea. She talked about how she wanted to demonstrate how it can tie you down and the fight against it. I immediately knew that her idea really fit in well with the concept of Heartstrings. I immediately messaged her and presented my ideas on the shoot, and was very excited when she wanted to collaborate on the project!

And so, this is what we created. Not only did we take the idea of being tied down by mental illness, but we also represented the fight against it and finding freedom by including the flyaway strings. 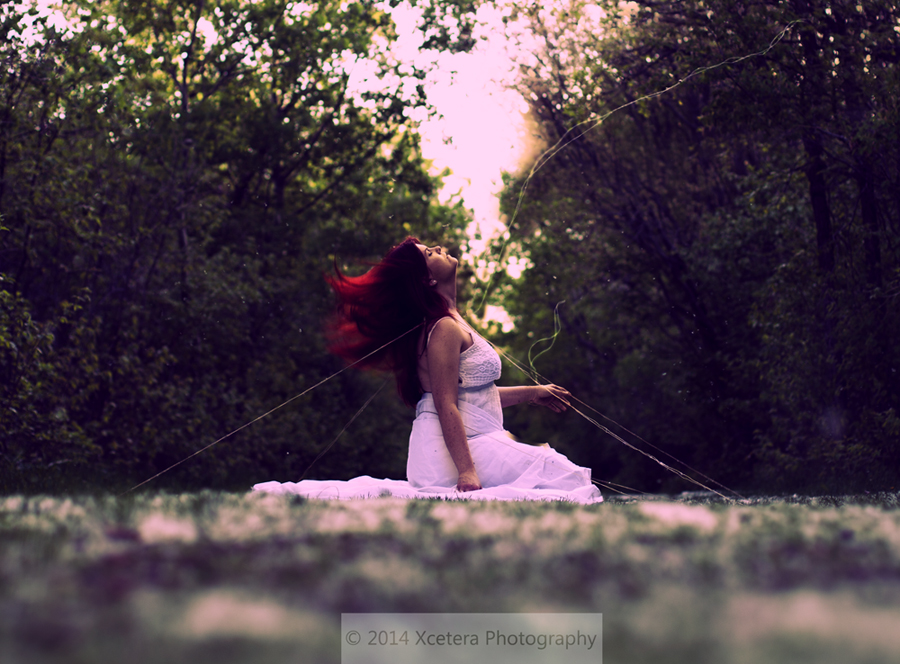 I’ve been having trouble with my own heartstrings lately. With family, love, and friends. And I know that I need to be strong and stick to my values. But it can be very hard. I know that it isn’t just for me, but for everyone around me, and I just need to keep on being the best person I can be. (And maybe make a photo or two to let my feelings out).