It’s been a couple of months since my last blog post. I hope everyone is having an amazing summer! I know mine has been pretty great so far. Anyway, I had a photoshoot the other day, and had to share the hilarious story that went along with it.

So, I had this idea that required the use of smoke grenades. I needed to set one off, and run with it to get streams of smoke. The problem is, one cannot simply hold a smoke grenade. Those suckers get hot, and the advice, as stated on the grenade itself is “Don’t be a dick”.

I, of course, had zero intentions of being a dick about it. I had brought some cheap fabric to wrap it in, but this probably wasn’t the best idea. One of my best friends had tagged along on the shoot, and saved a day with a simple question.

“…I have a pad in my backpack. What if we wrapped it in that?”

Why the hell not?

So, we went ahead and did the damn thing – and it worked! 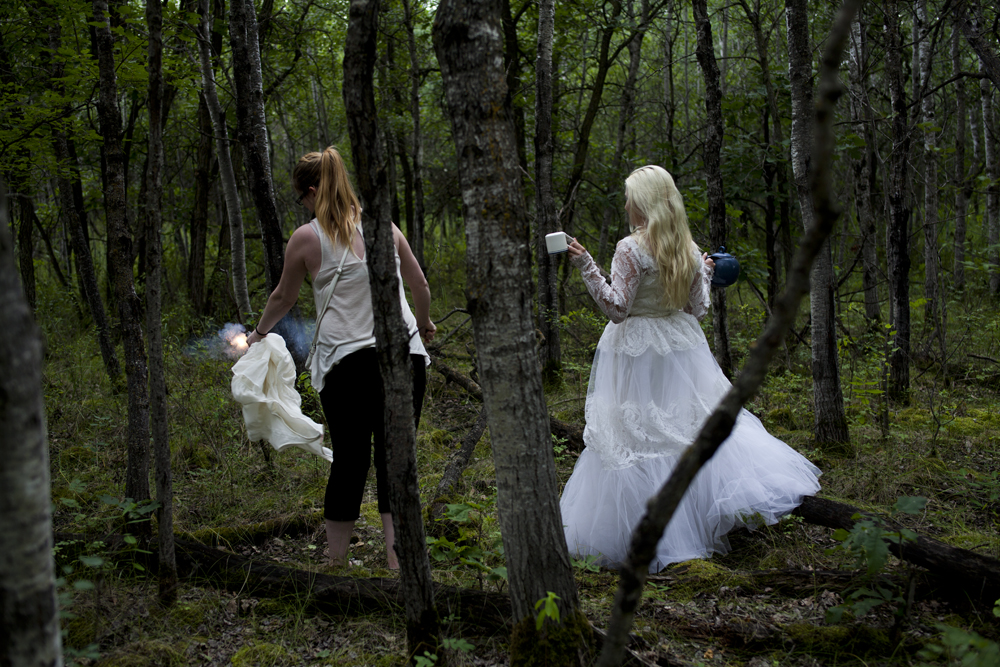 I didn’t feel a thing. After the first grenade, there was no mark on the Always pad or the dress. Round two was a little less of a success (but probably because I was rushing). The dress had a little discoloration, but that could have been fixed with better placement.

After round two, all that was noticeable on the pad itself was just a slight discoloration. Talk about the best protection a girl can get! Always.

Anyway, the photoshoot was a major success (and two more photos to come from it)! I’m really excited to share with you all the final image. It’s called, “I can be” and it’s a part of my new “Gateway” series, involving strange things coming from unconventional doorways. (From a hole in a ground, to teacups, to doorways in the middle of nowhere).

2 thoughts on “A new photograph, and how an always pad helped our photoshoot!”