I want to talk about inspiration today, and I’m finding that there’s a cat catching my tongue. The words just aren’t coming easily. There’s far too much I want to say.

A part of the reason why I took 10 months away from social media was to try to disengage myself from the colossal amount of media and art that I find myself exposed to every day. I had this thought that it would be interesting to see where my head went when I wasn’t exposed to it – when the only inspiration that I had was mostly coming from myself.

What I learned, is that idea is a whole load of crap and there is no such thing as an original idea. And, as soon as I understood and accepted that as fact, I became free. If I could go back and tell my 20-23 year old self anything, it would be that.

This is because you literally cannot escape inspiration. It is absolutely everywhere, and you can honestly never run out of it as long as you are looking. It’s the particular way someone spoke something. It’s the way the wind catches. It’s that scene in the corner of your eye that you didn’t quite catch as you rode by on the bus, but that intrigued you. It’s a piece of art that you saw 15 years ago, forgot about, but with an idea that stuck with you and you have no idea where it originated from.

And there really are no original ideas. Anything that you can think of doing, almost guaranteed someone did, tried to do, or thought of doing it. As long as I’m trying to avoid that, I’m going to be stunted as an artist.

So, on that point, it is okay to be inspired by other artists.

And let me also say this: taking an idea, element, or theme from one artist to make your own is not the same thing as copying. Copying would be to blindly try to remake something another person has always done. I’m not talking about that here. I’m talking about becoming inspired by something, and giving a completely new life in response to it.

This photo, was inspired by a local photographer, Brad Mazur, who stuck a flash inside of an vintage umbrella to try to make some cool visual effects. I fell in love with the idea of an umbrella with light coming out from within it. I created my own conceptual photograph, incorporating that idea, which fit beautifully into a series that I’m trying to finish before the end of the year called “Gateway” – gateways in unexpected places that lead us to other, more magical worlds. I called this, “world where” 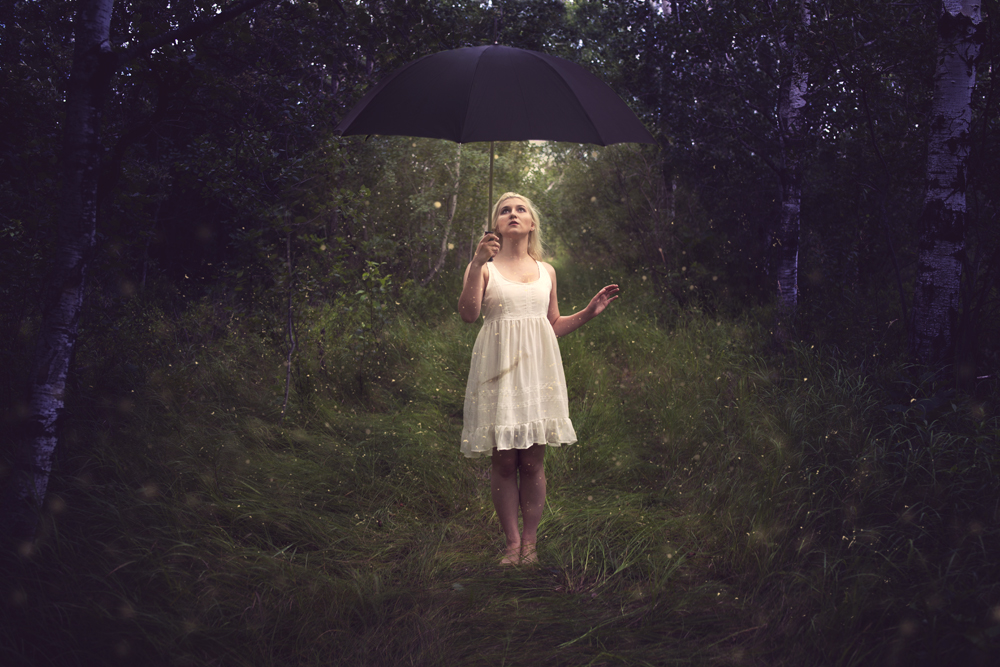 It isn’t the same concept. Not the same idea. It’s not even executed in the same way. But it was inspired. It probably would not exist if I was still hung up on my old notions.

I think it deserves to exist. I think as an artist, I owe it to myself to allow myself to be free to take inspiration when and where it hits me. When I do, my cup overflows with ideas, new directions, new concepts. It’s like a goddamn waterfall, and it is beautiful.

Here’s another thing I wanted to show you: 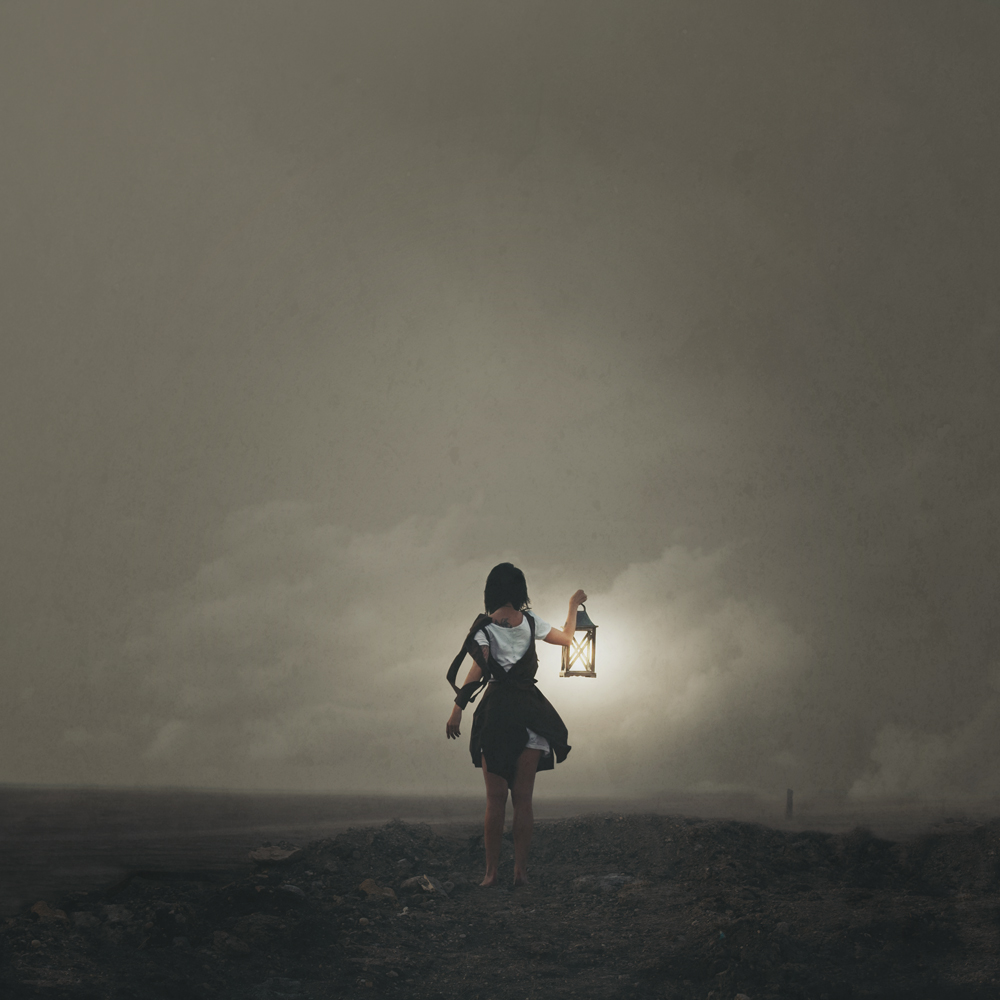 The top photograph is mine, created this year; the bottom, created almost a year and a half earlier by my colleagues (and friends). My image was not inspired by theirs – it was not a thought it my mind when I was creating that photograph. They are incredibly different, but they explore similar themes, of carrying light and hope in a dismal and oft dangerous place.

If you click on Emily’s image, you can read where her inspiration came from – a place in her heart where she wanted the people in her life to know that she never wants them to feel alone, she wants to hold a light for them. (She’s sort of a beautiful person and you should probably follow her).

My image is about many things to me, but mostly it’s about my feelings about my spirit and passion, about wanting to take adventure into unknown places. That nothing can make my light die and I will carry on always.

Conceptually, different. But with a similar metaphor and a shared prop for it – the lantern. And a shared model, because Emily is in both of them, funnily enough! But, to get to the point, even similar ideas can have completely different, unique results. We are not defined simply by what inspired us. Our own input, human experience, and style, when applied completely renders something new and unique. The idea is to take inspiration, and make something your own.

I’m rambling a bit, so I’m going to end here, and let writer and artist Austin Kleon sum things up in a more elegant way than I could.

7 thoughts on “this inspiration is criminal”